Home Life Beyond Cooking
By: Olivia Updated: 4/10/22
Leave a Review 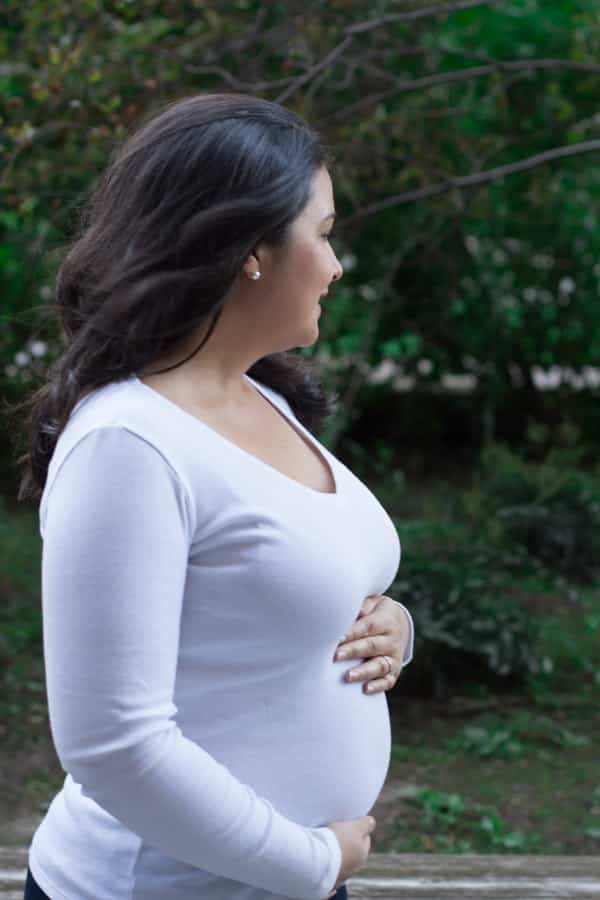 Today I have big news to share! Pierre and I are expecting a baby in mid-February and we couldn’t be more excited. I was waiting to know the results of the exams to know if our baby was healthy and doing really well. I knew he or she was going to be fine, but I preferred to wait a little be more before sharing this wonderful news with all of you guys.

We got married in November 2011 and always thought that 4 years would be a good time to start to try since I wanted to enjoy my newlywed life. Neither Pierre nor me were the kind of people that were crazy about being parents soon. Don’t get me wrong I always love kids and babies, but I have to confess that I was a little scared to be a mom because of all the responsibilities and changes in our lives that comes with parenthood. But, everything changed in my mind when last November my nephew was born. I went to Brazil to see the birth and to stay there for over 2 months to help my sister. I think those days were essential to grow the desire of motherhood inside of me. My little nephew made me see the world differently. When I was there helping her I could see that it’s lots of work and it is so tiring, but I also could see how wonderful is to have a baby. He brought so much love and happiness to our family. I felt so happy when I was with him. Somehow I wasn’t so afraid anymore. Actually I was hoping to have my own. Another thing that made me think that now was the right time to start to try was that I was 33 years old. I didn’t want to be more than 35 years old to have a child. So, by the end of last year I was sure the time was now.

Last year, Pierre still wasn’t very sure if he was going to be ready to have a baby this year. I didn’t insist much because I was sure when the right moment came all would work for the good, and I was right. On December 24th he gave me a beautiful Christmas card saying: May 2015 we try to have our little family. I couldn’t believe what I was reading. It was a huge surprise for me and to be honest I thought he was talking about having a pet like a cat or something… hahahahha. 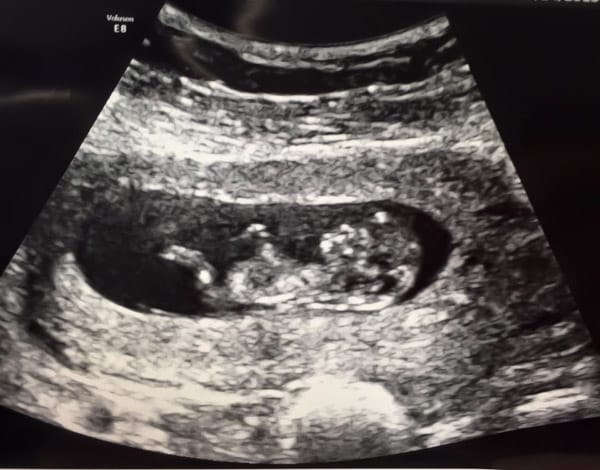 So when I arrived in Canada I went to my family doctor for an appointment and we planned everything. She prescribed some vitamins to take and did all the exams necessary. After three months we started to try and one month later I was pregnant. I have to say we were very lucky because we just tried for one month. I was actually surprised because for some reason I just never thought I would get pregnant so fast. I have no idea why I always thought this, because I’ve never had any issues related to that, but I was preparing myself for the worst.

When I discovered I was almost 2 months pregnant. As my period was always being late since I was a teenager when I noticed that I was late about 10 days I didn’t give much attention. I waited more 5 days and bought a pharmacy test. However, I took the test and it said negative. So, I relaxed and I took one week vacation in Montreal with my in-laws, my husband, sister, nephew and my mom who came from Brazil to spend summer with me. After one week we came back to Toronto and I bought another pharmacy test. On June 10th I woke up around 5am and when straight to the bathroom. I was very excited to know if I was pregnant or not. I did the test alone and I was waiting for the result. When I saw YES on the test, immediately I felt a wave of happiness and calm inside of me. That was such a beautiful feeling. I thought I was going to be scared but actually it was the opposite. I felt happy and calm. I went to my bedroom and I woke up my husband. I showed the result and he was happy too. We immediately called my parents-in-law and Pierre said to his mom: Mom, you better start to knit soon! They soon realized they were going to be grandparents again. I went to the guest room where my family (mom, sister and nephew) was sleeping and I told them: Bento is going to have a cousin!! We all were so happy. I really didn’t want to tell my family that I am pregnant by the phone and somehow God, life, universe (whatever you wanna call) arranged everything so beautifully for me.

My husband had to travel for work and he stayed out of the country for 3 loooong weeks, so when it was time to do the 9 weeks ultrasound appointment I was alone. I have to say that I was a little sad because he wasn’t with me, but as soon as I got to see the baby for the first time and his/her strong little heart beat I was so happy. What a miracle. It is something so unbelievable to have two hearts beating inside of my body that it must be a miracle. I called my husband and he was very excited too. Finally, Pierre was back and we went to our second ultrasound of 12/13 weeks together. We could see again the heart beat and he or she was even moving. So cute!

I have to say that my first trimester was very tiring. I’ve never felt so sleepy in my entire life. I wanted to sleep 24/7. I didn’t cook much dinners and yes, we ordered food. As I food blogger I wish I could say I only ate homemade and fresh food, but unfortunately it didn’t happen as much as I wished. Yes, I tried to eat healthy, but there were days that I just wanted to lay down on my couch and sleep. Pierre helped making some grilling meals and I made salad, but I wasn’t feeling hungry as well. Pierre had to push me to eat in the evening. I talked to my doctor and she said if I was eating well during the day I shouldn’t worry about it. And yes, for lunchtime I was going to eat the delicious and organic food from Whole Foods (I work right beside this awesome supermarket) and had fruit snacks. But in the evening I couldn’t eat at all. Because I was so tired I barely cleaned the house too, but I am lucky that I live in a small condo where it is very easy to clean.

I definitely didn’t have morning sickness. Yes, I was nauseous but it was only at the end of the day and it doesn’t bother me much. I think I only vomited 3 or 4 times this first trimester. I didn’t start feeling nauseous until about week 10. I didn’t have much problem with smelling food, but I couldn’t even look at rice. Poor rice… one of my favorite food, and now I couldn’t even look at it. 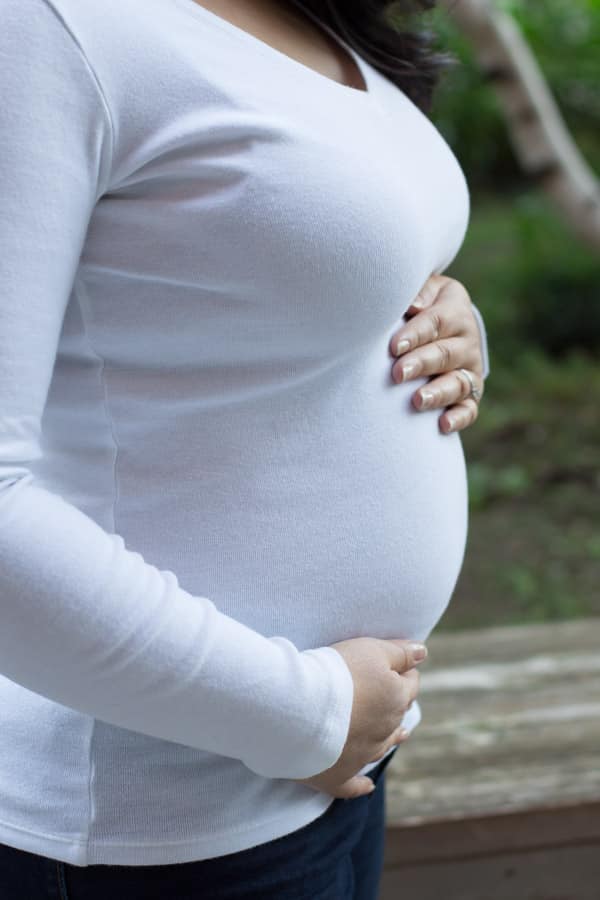 Today, I am about to complete 19 weeks and I am feeling very well. I can eat anything (even rice) and I have my energy back, although I’ve been working so much that I am feeling tired but not because of the pregnancy. We are also finally sharing with everyone that we’re pregnant. And yes, we will be finding out the gender! I can’t believe people wait until the baby is born to find out. There is no way I can wait that long. I don’t even know how I could wait all these weeks. I am so curious that I did a bunch of tests from old wise people to find out. I also bought a test online that you discover the sex of the baby with your urine. So hilarious! But I have a feeling that it’s a boy and Pierre thinks it’s a girl. I had a beautiful dream with a 9 year old boy saying that he is going to be my son. He called me mom and I felt so happy as I’ve never felt in my entire life. In the dream, Pierre was walking to meet me and when he was getting closer I told him “babe, this little boy is going to be our son”, and Pierre smiled at him and I woke up. It was beautiful and so real. But I can be wrong, right? Sometimes our brains trick us very well. We’ll find out at our 20-week appointment next week one day after my birthday. We didn’t think about names yet because we are waiting to know the gender before and my due date is February 11, the same day that my father was born.

Wow… this was my whole pregnancy story. We are so happy to share with you guys this beautiful news. I really hope you enjoy this post and I’ll be back by the end of the second trimester and third to share more about it with you. Thanks a lot for all your support 😉 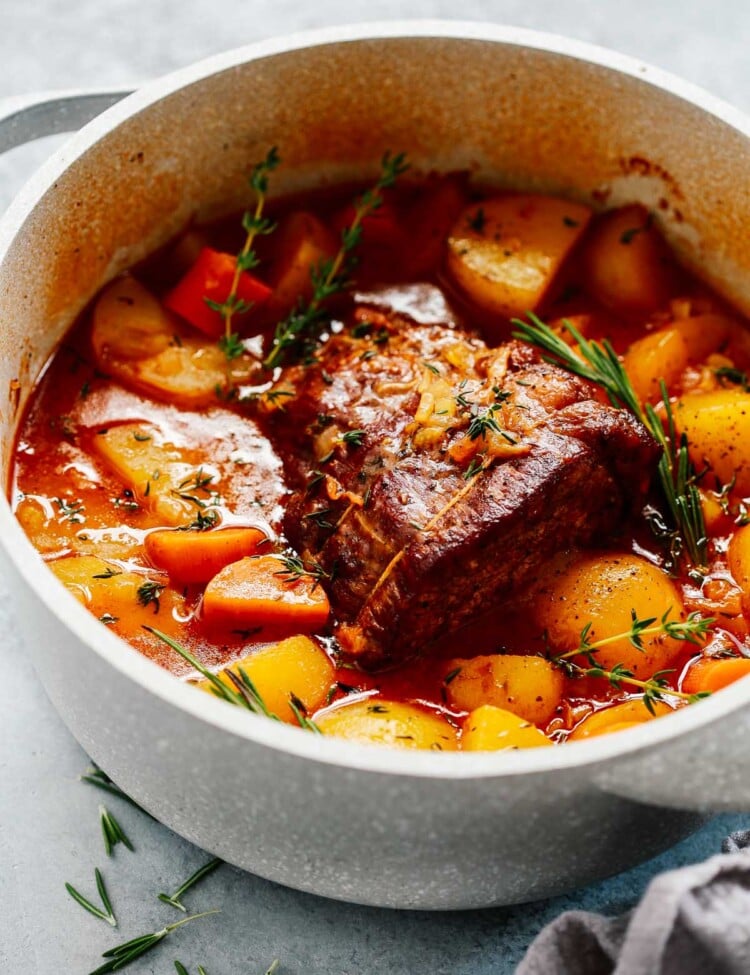 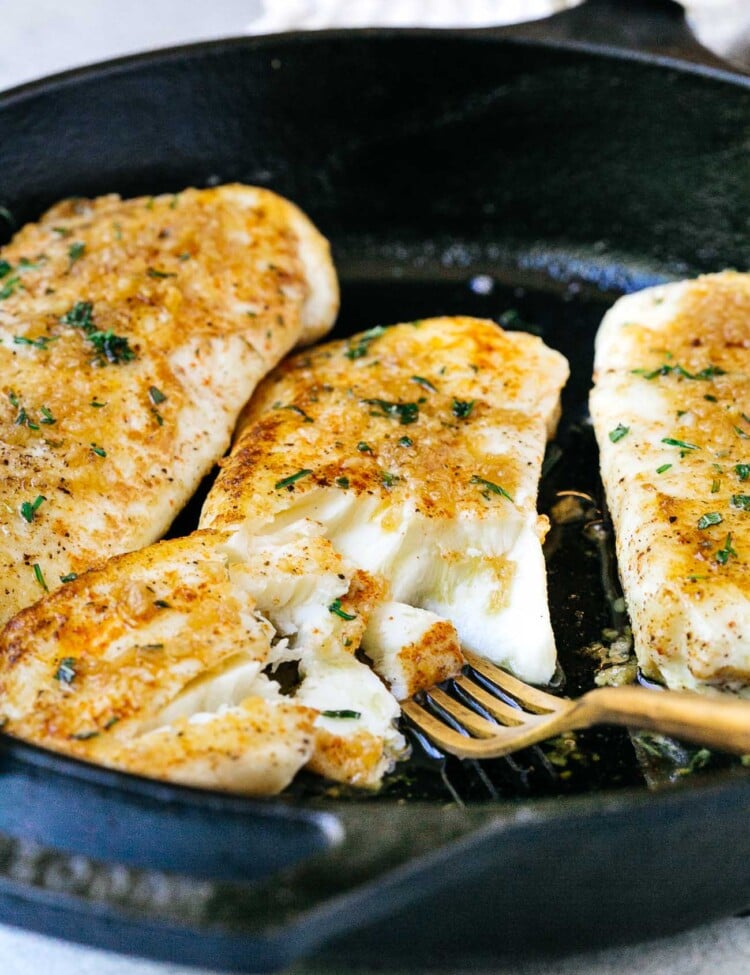 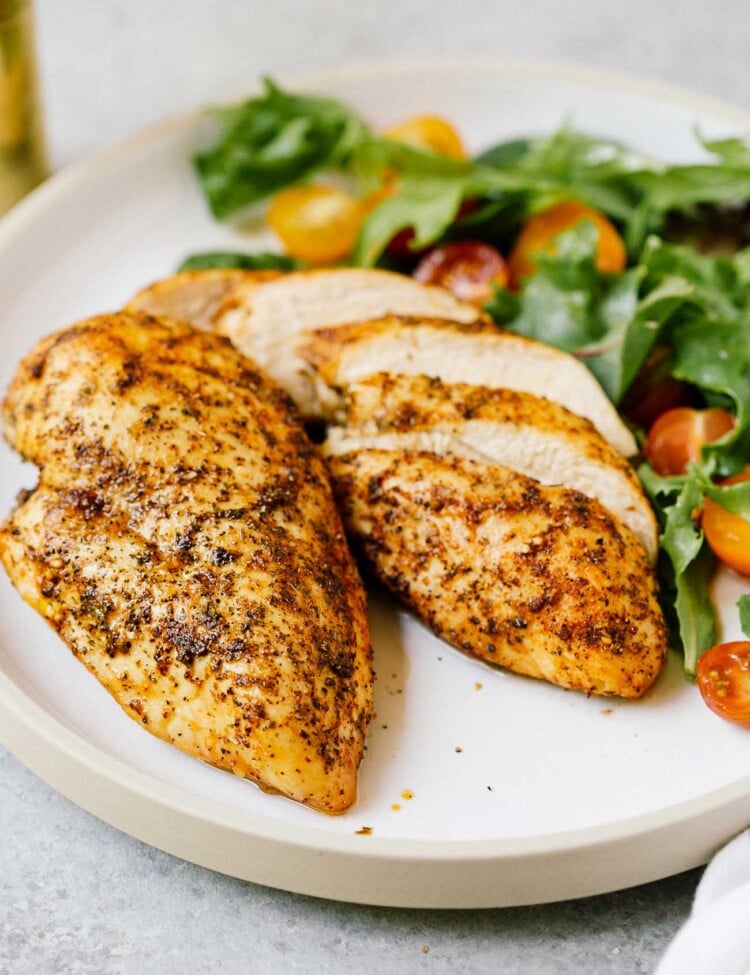 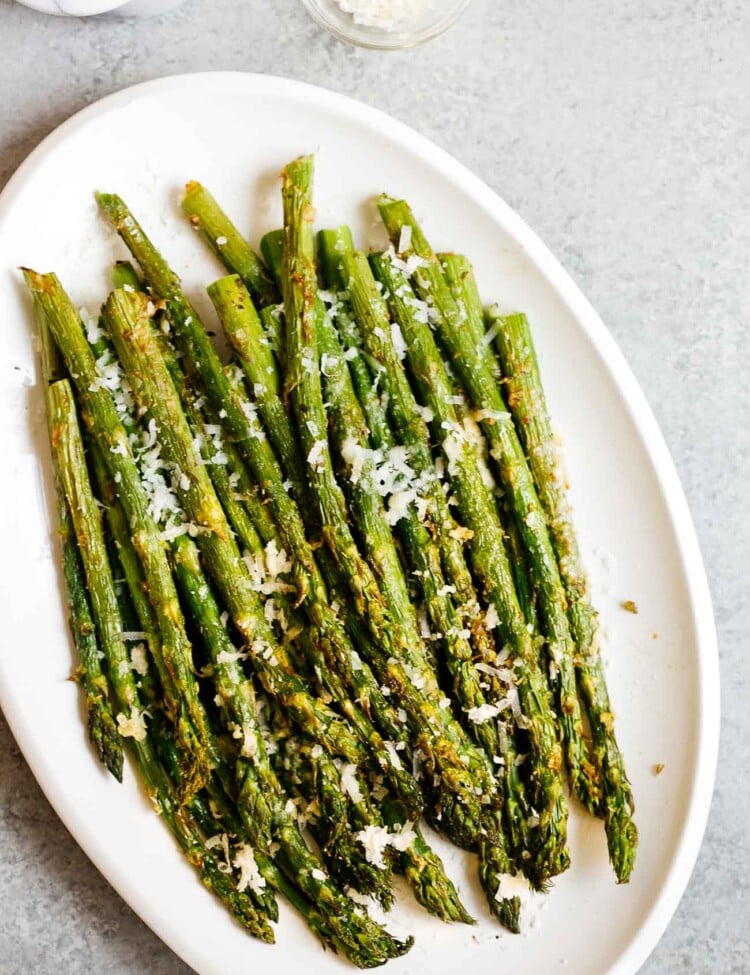 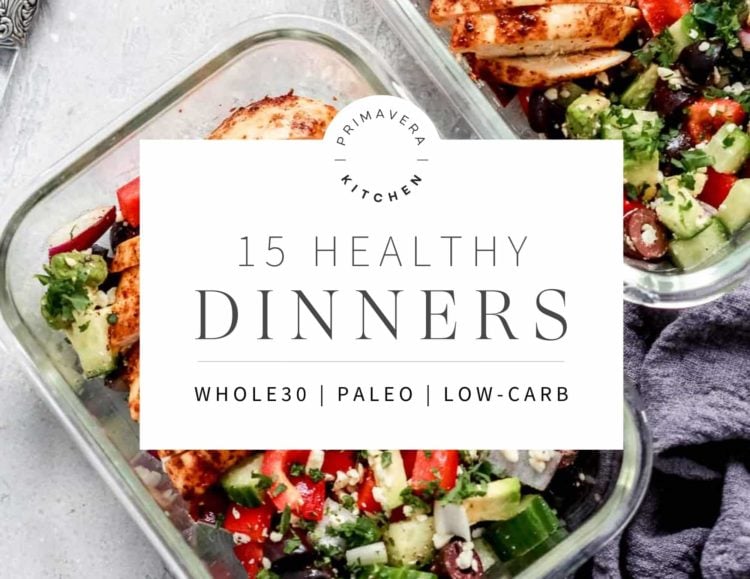